We play with passion. For you.

The love for music is in Czech genes. There is good reason for the saying: Every Czech is a musician. Czech musicians are rightly considered to be the absolute best in the interpretation of classical music in the world. Do you want to meet them live?Come to a concert of the Prague Music Orchestra chamber ensemble, which originated in the beginning of the 21st century and is one of the most renowned Czech musical ensembles today. It is distinguished by a unique, cultivated sound and it is a representative of highly appreciated interpretation art.

The orchestra is composed of players from leading Czech ensembles, such as the Prague Radio Symphony Orchestra, the Czech Philharmonic Orchestra or the Prague Philharmonia. Our musicians play with passion and are ready to give you a unique and unforgettable experience.

Prague Music Orchestra is the home of soloists who are established musicians from the young, emerging Czech generation. They are the bearers and successors of the famous Czech musicality and musical precision.

Come and listen to the beautiful tones that resound through the unique environment of the Prague Municipal House. We look forward to seeing you! 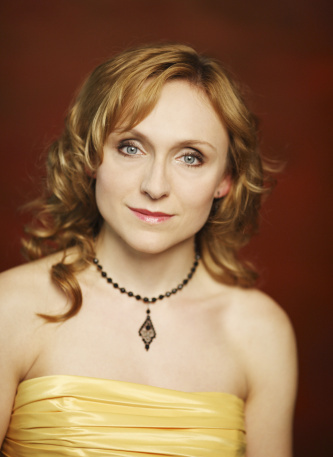 The soprano singer Olga Jelínková graduated from the Prague Conservatory as part of Antonie Denygrová's class (2002) and from the Music Faculty of the Prague AMU in the class of Miloslav Podskalský (2009). She also participated in the performance courses of Richard Sigmund in Merano, Italy. Furthermore, she completed master classes with Teresa Berganza in Santander, Spain, which included a concert tour in Spain and France. Last but not least, Olga Jelínková also took Peter Dvorský's master classes in Znojmo and Piešťany.

In June 2011, she was a finalist of the prestigious singing competition Concordo di canto lirico internazionale per cantanti lirici - Giacomo Puccini in Lucca, Italy, and in November 2011, she won first place at the International Antonín Dvořák Singing Competition in Karlovy Vary. Olga also won the 2008 Ad honorem Mozart at the Bertramka competition, and the International Pustina Competition in Žďár nad Sázavou in 2009. She has performed the parts of Rosina (G. Rossini: The Barber of Seville), Eurydice (Offenbach: Orpheus in the Underworld), Madam Herz (W.A. Mozart: The Impresario), Gilda (G. Verdi: Rigoletto), Olympia (Offenbach: The Tales of Hoffmann), and Aminu (V. Bellini: The Sleepwalker). Her performance as Amina gained her a high nomination for the Thalia award in 2010. In July 2010, she sang the role of Micaely in Seoul, Korea. She also appeared in Szczecin, Poland, and Ingolstadt, Germany, as Bellini's Amina. Donizetti´s Lucie of Lammermoor became another of Olga’s leading roles at the end of 2012. Later, she performed as Nanet (Verdi: Falstaff) in the Silesian Theater in Opava and as Despina (Mozart: Cosi fan tutte)

She participated in a performance of Mahler's Symphony No. 4 (September 2008) with the Symphony Orchestra City of Prague FOK as a soloist under the guidance of conductor Jiří Kout, and in a performance of F. Poulence's Stabat Mater (April 2013) under the baton of Serge Baud. As a soloist, she regularly performs with the Collegium of Czech Philharmonists, including recording a CD for the Danish company Classico in 2005 (aria A. Dvořák, G. Verdi and G. Puccini) and she also took a concert tour of Japan (2008).. Olga performs concerts with organist Aleš Bárta and the Atlantis orchestra under the leadership of Vítězslav Podrazil.

She recorded a new song cycle, ‘Quis?,’ by Zdeněk Lukáš for soprano and viola with violinist Jitka Hosprová. This song cycle was written especially for them. Other compositions she has recorded include ‘Mimus magicus’ by Jan Novák for soprano, clarinet, and piano, the song cycle ‘First Wishes’ by Jaroslav Křič with the pianist Eduard Spáčil, and many other songs. This recording was made especially for Czech Radio. In 2011, she sang the voice of the main heroine in Jaroslav Brabec's film ‘Aplaus.’ Jan Jirásek, the composer of the film’s music, dedicated the song cycle ‘Voice on Canvas’ to Olga, which she and pianist Martin Levický recorded for Czech Radio as well.

Her collaboration with the Prague National Theater started in 2014 with the role of Mégacla (J. Mysliveček: 'Olimpiade') under the famous German director Ursel Herrmann. Performances as the Queen of the Night (Mozart: Magic Flute) followed in the Estates Theatre, and as Slavík (I Stravinsky: Le Rossignol) and Chytračka on the main stage of the National Theatre. Since January 2015, she has been working with the Moravian Theater Olomouc, where she has appeared as a soloist in the roles of Líza (E. Kálmán: Countess Maritza), Barčete (B. Smetana: Hubička), Gilda (Verdi: Rigoletto), the Queen of the Night (Mozart: The Magic Flute), Seraphim (Piskáček: Pearls of the Virgin Seraphim) and Musetta (G. Puccini: La Bohéme). In the South Bohemian Theatre in České Budějovice, she excelled in the triple role Fire-Princess-Nightingale in the opera by M. Ravel, "The Child and the Spells.” For her role as Stravinsky’s Slavík, she was nominated for the prestigious Thalia Award in 2015, and she received the Opera Plus 2015 Award.

In September 2016, Olga was given the opportunity to perform as Xenie (A. Dvořák: Dimitrij) with the Odyssey Opera and the Boston Symphony Orchestra under the baton of Gila Rose in Boston, USA. 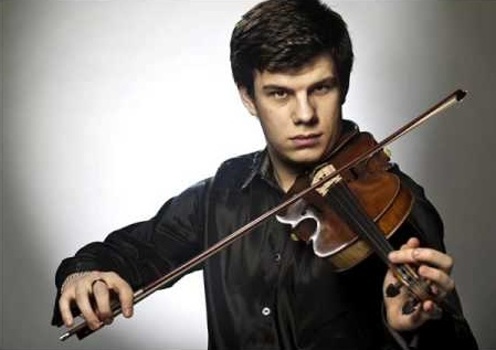 
Jan is the son of MgA. Jan Mráček, the artistic director of the Czechoslovak Chamber Orchestra Prague, and MgA. Ludmila Mráčková, a member of the Czech Radio Symphony Orchestra. He comes from a musical family – both of his parents are violinists, graduates of the Prague AMU. His father was a classmate of Václav Hudeček and is a former concertmaster (for example, in the FOK). There are also several other musicians in the Mráček family.

He started playing the violin at the age of five. He attended the high school and the Music School of the City of Prague, in the class of Prof. Magdalena Micková. He studied for ten years under violinist Jiří Fišer (2003-2013) and later, he graduated from the Prague Conservatory under his supervision. At the age of thirteen, he had already performed with violinist Josef Suk. In 2011, Jan became the youngest soloist in the history of the Czech Radio Symphony Orchestra.

In addition, he collaborated with such personalities as Ida Haendel, Stephen B. Shipps, Gavriel Lipkind, Leonid Kerbel, Levon Chilingirian, and Walter Boeykens in the framework of his master courses.

He is currently studying in Vienna (2016), at the Universität für Musik und Darstellende Kunst, under the supervision of Jan Pospíchal, the concertmaster of the Vienna Symphonic Orchestra. 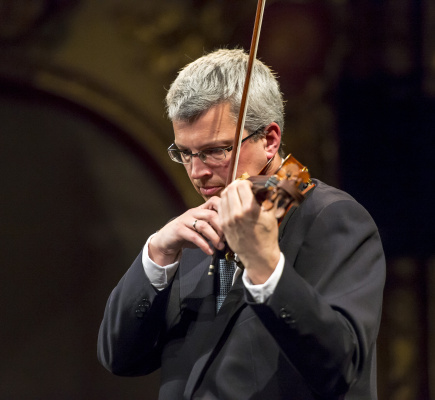 
He studied at the Conservatory in Teplice under Professor Jiřina Dlouhá (1989-1993), and then he continued at the AMU in Prague (Professor Václav Snítil's class, graduated in 1997). During his studies, he successfully participated in several international competitions (Zagreb, Germany, Beethoven's Hradec) and in the competition of Czech Conservatoires. His studies ended with an all-evening violin recital, and a performance of the concert for the violin and orchestra from Orchestra D-Major by J.Brahms, together with the North Bohemian Philharmonic Orchestra.

Vlastimil has completed master classes in Switzerland under the supervision of Prof. Albert Lysy and chamber music courses in Austria under Prof. Schulze. Vlastimil worked at the Suk Chamber Orchestra for five years. While working as a concert master with this ensemble, he toured Germany, Italy, Spain, the Netherlands, Japan and China. In addition, he intensively cooperated with Josef Suk and concerted with him as a soloist at home as well as abroad. He has been the concertmaster of the Czech Radio Symphony Orchestra in Prague since 2000, and he also regularly performs as a soloist at the New Prague College of Radio Symphonists.


Petr Zdvihal (1973) is a graduate of the Pardubice Conservatory (Prof. Vladimír Kulík) and HAMU in Prague (Prof. Václav Snítil). He also participated in the master courses of Prof. Albert Lysy in Switzerland. He has won the international competition Beethoven Hradec, where he was awarded the Best Beethoven Performance Prize. Petr has performed with more than fifteen orchestras in the Czech Republic, Germany and Spain as a soloist. Petr Zdvihal is also the concertmaster of the Czech Radio Symphony Orchestra. 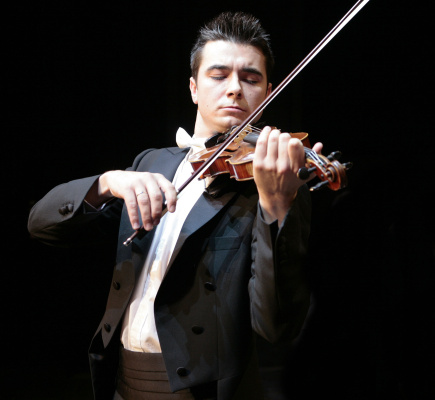 
Ondřej Skopový (1980) studied at the Prague Conservatory under the leadership of Prof. Dana Vlachová. He became a member of the Prague Philharmonic Orchestra (PKF) when he was still a student. He studied in the class of Prof. Petr Messiereur at HAMU in Prague (2000-2005). Ondřej has served as a concert master and a soloist for the Academic Chamber Soloists. In May 2001, he was offered the chance to join the Czech Philharmonic Orchestra, but because of his studies, he did not become a member of this world-class body.

In the same year, he joined the Czech Radio Symphony Orchestra, where he served as the head of the second violin from January 2006 until August 2007. He has been the deputy head of the second violin at the Czech Philharmonic Orchestra since 2007. In addition to performing in the symphonic orchestra, he is a member of the Prague Royal Orchestra, which focuses on chamber music - he has been a concertmaster since 2000 and has been acting as a permanent soloist since 2003. In recent years, Ondřej has also been actively involved in chamber music. He specializes in the interpretation of contemporary music in violin and double bass and together with bassist David Pavelka, he has already recorded compositions by contemporary composers for Czech Radio. 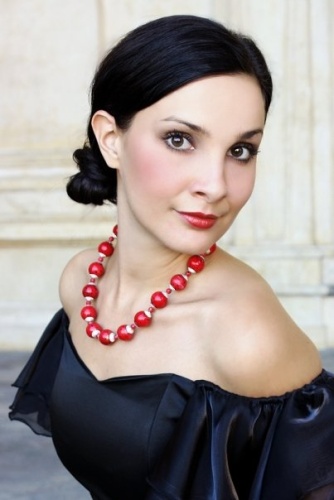 Anna Dolejší is a graduate of the Prague Conservatory in classical singing (under Prof. Zuzana Laszló) and the music faculty of the Academy of Performing Arts in Prague, under the supervision of a prominent Czech soprano singer, Prof. Jana Jonášová.

Even during her studies at the conservatory, she performed soprano parts at concerts of the Prague Men's Choir under the leadership of conductor Miroslav Košler. While studying & nbsp; at & nbsp; HAMU, & nbsp; & nbsp; & nbsp; & nbsp; & nbsp; & nbsp; & nbsp; Anna Dolejší had an engagement in the F.X.Šalda Theatre in& nbsp; Liberec. Nowadays, she regularly performs at concerts of the best-known arias of prominent authors, featured at the Municipal House in Prague, at the Municipal Theater in Karlovy Vary and Mariánské Lázně. She also regularly sings in the Mirror Chapel of the Prague Clementinum with a chamber quartet and organs in programs composed of well-known pieces of classical music. Her interest in & nbsp; Baroque music matches with the West Bohemian Symphony Orchestra of Mariánské Lázně and Anna Dolejší regularly sings at subscription concerts. She is also an interpreter of song cycles and music by contemporary authors. Anna Dolejší performs concerts here in the Czech Republic and abroad as well & nbsp;.

She has also taught at Prof. Jiřina Marková's School of Music and Singing. Currently, she teaches solo singing and musical science at the Art School B. M. Černohorského in Nymburk. In addition, she privately teaches individual singing lessons and prepares students for entrance exams at the conservatory.